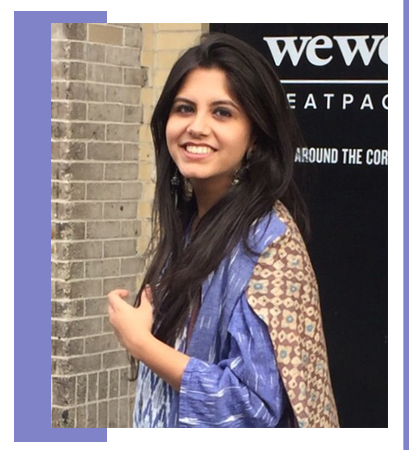 Juhi Melwani is certainly not Doh Tak Keh like her mom thought her clothes would be, rather they look at fashion with some sarcasm by combining androgyny with distaste for popularity

Her mother would often admonish her for the “weird” outfit choices, and say, “Your clothes look like doh tak keh (cheap and worn out)”. This became a metaphor for Jakarta-born Juhi Melwani, who launched her label by the same name in November, last year.

Born to an exporter father, who is based in China, Juhi moved to Mumbai at the age of 10, and her first attempt was to crack chartered accountancy. “I went to class and I saw 60 people aspiring to solve the same problem, I fled and never looked back,” she laughs.

Creativity was somewhat ingrained in her psyche, which took her to Parsons’ School of Design, New York after studying at Raffles. “I stayed back for a year and worked with Oscar de la Renta as well as local boutiques, so the experience was enriching as I saw both sides of the coin,” explains the 25-year-old.

Here is the irony of the moniker, Juhi works with cotton and khadi her two favourites (that offer an unfinished, raw appeal) and is an ardent believer in upcycling, recycling and no wastage, so even scarps from the studio are converted into outfits. Though Juhi had a wanderer’s heart and at one point also contemplated becoming a journalist when she came back to Mumbai; she along with three friends from Parsons started working on a blog (Know your darzi). This took Juhi all over the country from Jaipur, Mumbai, Delhi to Ahmedabad, where she interacted with weavers, block printers and artisans as well as embroiders chronicling the invisible voices in fashion, who never get to take a bow.

Interestingly, the reason for opting to come home was Juhi’s inability to work in a studio that was copying famous labels and mass producing, while using India as a sourcing ground. “Frankly, I was fed up and I didn’t think New York is the fashion capital anymore after that experience,” she confesses.

The urge to create and not write took over, and Juhi felt that within fashion there were so many worlds residing that a Sabayasachi Mukherjee (hi-end) to Zara (high-street) could co-exist as there were takers for both. “My aesthetic is unconventional, clothes you can wear to the jazz club, cool brunch party or even a wedding as androgyny is the mainstay,” she explains.

So menswear is translated into a woman’s wardrobe from a pin stripe suit that she borrowed from her father’s closet to jackets, the ideology is genderless. The overlayers, bold blazers and pajyma-style pants is a move away from skinny as she embraces relaxed ethos. Muted tones, inability to work with loud colours, excessive use of patchwork and patterning, she calls her signature fabric “mitti” or mud. This is a result of her weavers placing a fabric as a table mat and printing on it other fabrics for over a month. “The experiment saw a stray peacock or a floral bud emerging from unpredictable places due to the technique used called Daboo, from Rajasthan. Every fabric that is printed has a story and meaning behind it and narrating this untold tale is my fervent desire,” she confesses. There are some Margiela-esque references too, with deconstruction coming into play as the young designer converts a shirt into a skirt and counts Comme des Garcons as her avid inspiration. Juhi believes unless the industry as a whole tries new things how can we judge if they will work or not. Putting this experiment to test, she says, “I made a jacket out of courier packaging material and wondered who will have the fortitude to wear it? When I found hesitant takers, I decided to flaunt it at a major fashion event recently. I got a mixed response— appreciation, laughs, stares, and some thought I was plain crazy,” she giggles.

She admits she knew she could find people like her who would take the trek to the unknown. Fashion today, she reveals is only getting restricted to Instagram (social media) and Bollywood, what will look good on it; what will get more likes and she has opted out of this race. “I have arguments with my dad everyday as he works in China the biggest manufacturing facility of the world that sells cheap and lures us into mass consumption. That’s why I want to remain small like the Antwerp 6, not be a Saks Fifth Avenue or Selfridges. Maybe retail from artistic boutique stores in Paris or Amsterdam, that’s my ultimate dream,” she adds.