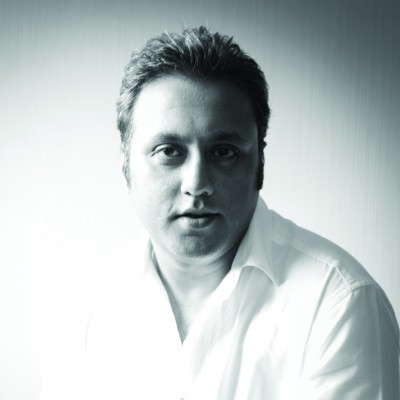 Varun Bahl has completed 10 years in the tough business of fashion, finally finding his groove and colour spectrum

In an industry obsessed with the image of being uber chic, Varun Bahl, who completes ten years this year, in the business of making women look beautiful, says that for him good content is the route he would like to take to create a memorable picture.

Showing at India Couture Week 2014, the Taj Palace, Varun will tell you poker-faced that his collection is a heady combo of structure and flow this time around, even though finding the right balance can be tricky; if the scales tilt either way, it can be disastrous. Modern India wants history reinterpreted, in a way that is relevant to young people, who lay a whole lot of emphasis on being well-turned out. “I have very few shaadi jodas towards the end of my line, the rest is mostly occasion wear, that you can flaunt at a cocktail, sangeet, mehndi or even a cool office party. I think, after a long journey I have found my colour spectrum; I am rowing the boat with unconventional hues which you traditionally would not consider ‘appropriate’ for a wedding celebration,” smiles Varun.

It is ivory and beige which dominate the prism, even though reds and pinks make a fleeting appearance. “You know, I made the first black lehenga, it took us time to sell, three years ago, but it did, a bride wore it to her sangeet, so nothing is really impossible, if you have the will to make it happen,” he confides.

This is one of the many interesting moments in his voyage that Varun will tell you with glee as his eyes twinkle with happiness, though he confesses that his creativity has also seen an evolution. “Who would have thought that high-neck imperial look, full sleeves and no duppatta would work? But it did, eventually. Black too was slowly accepted as an integral part of Indian couture, I am happy that even those 10 per cent are inching towards the idea of wanting to experiment, it is a big deal for me as those are the people I hope to dress,” he says.

Clear, focussed and intelligent, Varun says fashion today courts drama, but that’s easy to do, and make an impact, but tough to sell and therefore many just fade away. So the key is to be a maverick at construction, length, fabric innovations and accessories which play a huge role in your overall appeal. “I also like to give back to society through the medium of fashion, that’s why all my embroideries are hand done giving nameless and faceless karigaars all year round employment. I am also an active member of the NGO Khushii, where I hope to do my bit with child education, it is a small drop in a big ocean, but it least I am trying,” he admits.

Varun has worked with textiles extensively for ICW 2014, he has come up with a woven crepe mixed with shimmer, not Lurex to give an in-built shine to the wearer. “I always look at comfort first as no bride wants to wear something heavy and somehow I have succeeded in doing this effectively. Embroideries remain my signature along with velvet appliqué, sequinned sheaths, roses; I try amalgamating different raw materials to craft one single petal of a rose,” he adds.
What fascinates him the most is the Damask fabric, which has an engineered lustrous feel, originally from the city of Damascus, with a West European feel, first woven in the 14th century. “It brings a smile to my face, especially when I see antique vases with the Damask motifs used,” he adds.

His biggest strength is a fine equilibrium in colours, multiple motifs resulting in a harmonious marriage and his weakness is editing, for which he seeks help. “I have executed fairly long, tall and slender, straighter, embellished gowns and asymmetrical silhouettes for my couture line. Sometimes you have a churidaar beneath the length that doesn’t really show, and other times, it is replaced by cigarette pants, the idea is to create a global look, so that you can wear it anywhere,” he adds.

Living his dream of being a designer, Varun never had a Plan B, it was this or nothing; and at ICW you will see a more mature collection as he concludes, “I have found my zone, what motivates me and what I am good at, I will be playing with things that I know I am the best at.”